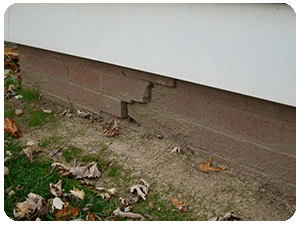 The most common type of foundation damage by storms is caused by water over-saturation of the soils surrounding the foundation. The expansive soils increase in volume as they come into contact with more water so they exert pressure on the foundation and create cracks which in turn allow water seepage into the foundation. Expansive soils are also known as clay soils and are usually found in coastal areas, that’s why most of Los Angeles is covered in clay soils.

Related: How Expansive Soils Can Affect Your Hillside Home

Related: What Effect Do the Storms Have on Your Los Angeles Home ?

Contact a foundation contractor If you are a homeowner and are worried about the damage that the storms in los angeles might have caused to your foundation. Call California Foundation Works on 323-418-2239 to schedule a free foundation inspection and estimate.